How to overcome insecurity with EFT?

Have you ever been plagued by insecurity and doubt? Has the need to feel safe been more important than living your dreams? Learn how to overcome the trap of feeling insecure to being confident and self assured.

Recently I was working with a client via Skype in London and the theme of insecurity came up. On the one hand he felt confident in his job but then he found himself doubting and questioning his decisions and ability.

As we delved deeper into the situation we uncovered what was underlying the insecurity - it was fear.

I asked him to welcome the fear and to surround it with all his accepted. We use a tapping process known as Emotional Freedom Techniques.

These were the sequences we tapped on: 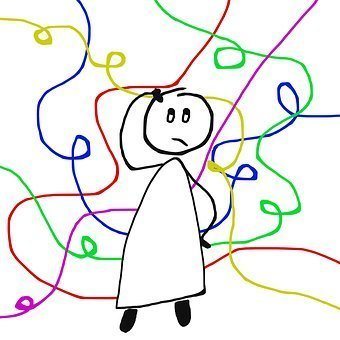 For those new to EFT, download a free booklet here.

It can reduce stress in seconds.

What transpired next was my client unveiled a memory when he was 5 years and was in Kindergarten school in Hong Kong.

He felt like an outsider where the other children did not want to make friends with him.

Outcast and not included, he thought there was something wrong with him. He felt punished, unaccepted and unloved.

It caused him to go into a shell away from people. He surrounded himself with a false blanket of safety and became an introvert. Barely talking or communicating.

While my first session with him was when he was 47 years old, he shared how even to this day he is scared of attending social gatherings in case he might get rejected.

We then tapped on the rejection as he was scared of being rejected. This was the real reason he withdrew into his shell. And this fear of rejection had also kept him from having a healthy relationship and career satisfaction.

EFT Tapping on the rejection:

After tapping on the memory I asked my client how was he feeling.

He said he was calmer and what he really wanted now was to feel confident in himself, his decisions and to quieten his questioning doubting mind.

Tapping to quieten a doubting mind and feel self-confidence:

Down load a  free booklet how to feel confident.

Learn the 10 tips to feeling more confident in an instant.

So in closing the steps to release insecurity and feel self confidence are: