How To Overcome Insecurity With EFT?

Have you ever been plagued by insecurity and doubt? Has the need to feel safe been more important than living your dreams? Learn how to overcome the trap of feeling insecure and become confident and self assured.

Recently, I was working with a client via Skype in London and the issue of insecurity came up. On one hand he felt confident in his job, but at the same time he found himself doubting and questioning his decisions and abilities.

As we delved deeper into the situation, we uncovered what was underlying the insecurity - it was fear.

I asked him to embrace his fear and surround it with love and acceptance. We use a tapping process known as Emotional Freedom Technique.

These were the sequences we tapped on: 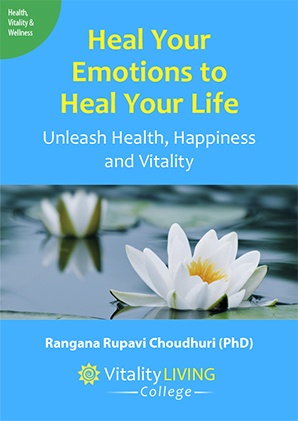 What transpired next, was my client unveiled a memory of when he was 5 years old and was in kindergarten in Hong Kong.

He felt like an outsider where the other children did not want to be friends with him.

Outcast and not included, he thought there was something wrong with him. He felt punished, unaccepted and unloved.

It caused him to withdraw into a shell away from people. He surrounded himself with a false blanket of safety and became an introvert; barely talking or communicating.

While my first session with him was when he was 47 years old, he shared how even to this day, he is scared of attending social gatherings, in case he might not be liked or accepted by people.

EFT Tapping on the rejection

After tapping on the memory I asked my client how was he feeling.

He said he was feeling calmer and what he really wanted now was to feel confident in himself, his decisions and to quieten his questioning doubting mind.

TAPPING TO QUIETEN A DOUBTING MIND AND FEEL SELF-CONFIDENT

HOW TO OVERCOME INSECURITY  WITH EFT TAPPING THERAPY

Then use the EFT Tapping Points Process taught in detail during EFT Practitioner Training Online.

1. To get started, begin by investigating the physical nature of your insecurity

Connect with your insecurity and notice where do you feel it in the body.  Then use the Physical Tension taught in detail during EFT Practitioner Training to clear the surface feelings and feel calmer.

Briefly, you can begin by asking yourself the following questions to explore further:

2. Then measure the level of unhappiness by asking:

3. Begin by Tapping on the Karate Chop or Side of the Hand EFT Tapping Points:

4. Then Tap on the facial and upper body EFT Tapping Points using these phrases:

5. Close the sequence by coming back the EFT Karate Chop Tapping Points and repeat once:

6. Relax: Take a gentle breath in and out and take a sip of water.

7. Test: At the end of the EFT Tapping for Insecurity, you can ask yourself the following questions:

You can repeat this process by going back to Step 1 if you feel like the number could come down a little more.

Then discover past experiences of feeling Insecure and clear them using the tell the story or the movie technique, that was taught during EFT Tapping practitioner training.

Limiting beliefs are thoughts that can be conscious or unconscious and can end up becoming responsible for self sabotage, procrastination and low self-esteem, in an individual.

With insecurity, first uncover the limiting beliefs which can either be at the surface level or associated with the deeper root memories; then shift them from stressful to empowering. For example,

So in closing, the steps to release insecurity and feel self confident are:

This website uses cookies to improve your experience while you navigate through the website. Out of these, the cookies that are categorized as necessary are stored on your browser as they are essential for the working of basic functionalities of the website. We also use third-party cookies that help us analyze and understand how you use this website. These cookies will be stored in your browser only with your consent. You also have the option to opt-out of these cookies. But opting out of some of these cookies may affect your browsing experience.
Necessary Always Enabled
Necessary cookies are absolutely essential for the website to function properly. This category only includes cookies that ensures basic functionalities and security features of the website. These cookies do not store any personal information.
Non-necessary
Any cookies that may not be particularly necessary for the website to function and is used specifically to collect user personal data via analytics, ads, other embedded contents are termed as non-necessary cookies. It is mandatory to procure user consent prior to running these cookies on your website.
SAVE & ACCEPT